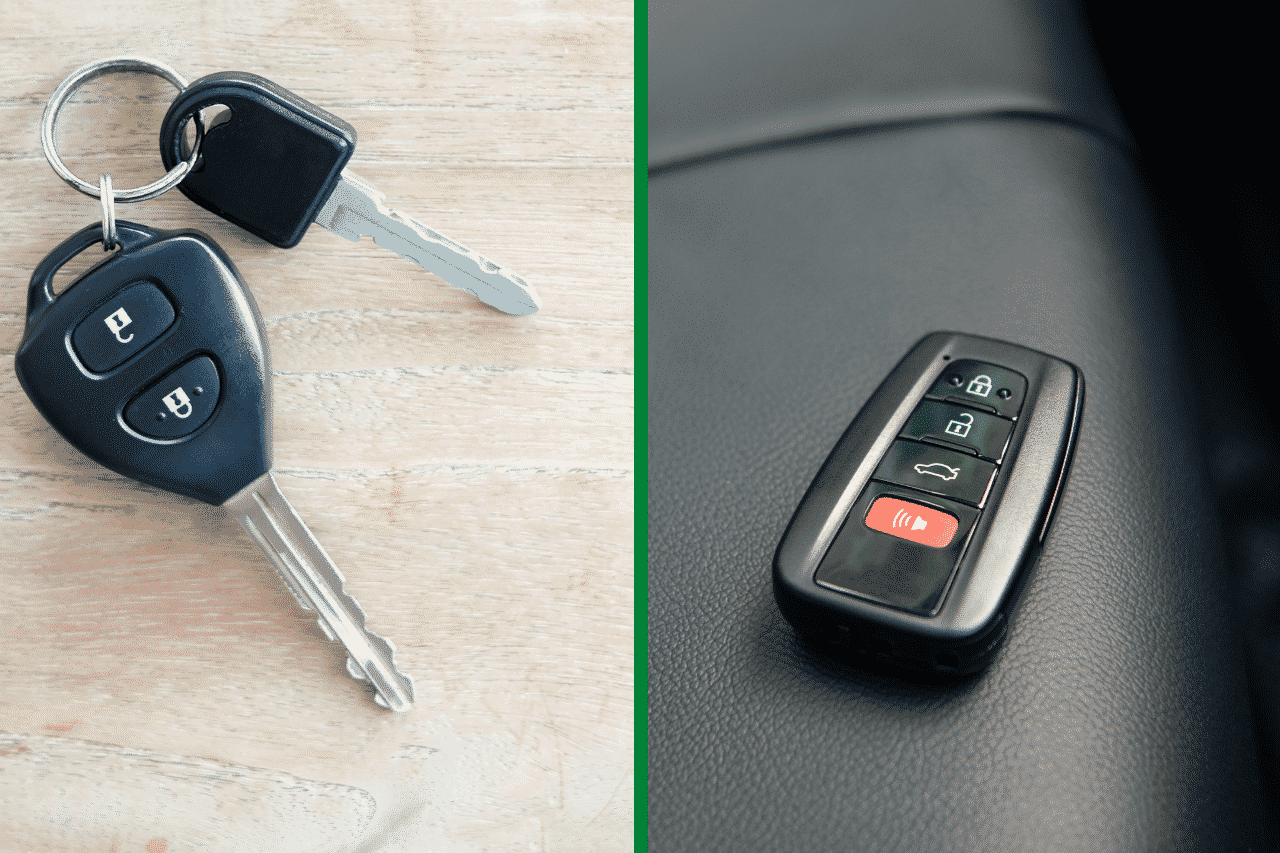 There is a vast range of key types. Each make and model has its own look, but most of them fall into a common category. The most common types of keys are transponder keys and smart keys. Both of these key types have been around about the same amount of time. However, they perform differently and usually have different features.

The History of Transponder Keys

The first transponder key was introduced in 1985 when General Motors created the Vehicle Anti-Theft System (VATS). GM created the key to reduce the amount of Corvette thefts, and it worked. Ford Motor Company later introduced their version in 1996. Soon after, other major brands started to release vehicles with transponder keys.

Vehicles manufactured in the past 20 years most likely have a transponder key. The key was developed to reduce the number of car thefts. The technology in a transponder key dramatically diminishes the chances of your vehicle being stolen. This technology is similar to that of a smart key, but there are a few differences.

How a Transponder Key Works

Transponder keys have a microchip in the head where the plastic covering is located. Once inserted into the ignition, the chip sends a low-level signal to the remote receiver in the vehicle. It delivers a unique serial number which the car identifies. When the number matches, the inhibitor is turned off, and the key turns the ignition.

The History of Smart Keys

Siemens introduced the first smart key in the mid-1990s with Mercedes-Benz. This new key replaced the infrared security systems that were introduced in the previous decade. The key was able to unlock and lock the car. It also paved the way toward keyless entry mixed with the fob systems at the time.

How a Smart Key Works

Smart keys work similarly to transponder keys, but they are more convenient for the driver. Many smart key features include the vehicle detecting the presence of the key, and it unlocks the car. The same goes for when the vehicle needs to be started. The vehicle detects the key is located inside of it and allows the driver to push the ignition button. In some cases, the key can store customizable settings like mirror settings and seat location.

Overall, transponder and smart keys are very similar. Regardless of the key you have, Embassy Locksmith can reprogram a new one or duplicate the current. Let our team replace your lost or stolen keys. Give us a call today.